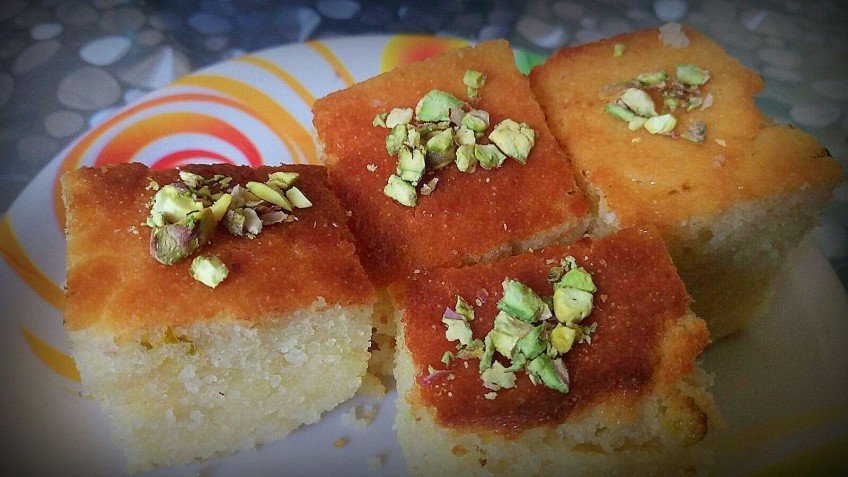 Basbousa is a traditional Middle Eastern sweet cake. It is made from cooked semolina soaked in simple syrup. Coconut is a popular addition. The syrup may also optionally contain orange flower water or rose water.

The tradition basbousa doesn’t have egg but my family prefers the egg version. The egg version is more like cake where as the egg less version is denser. I have tried different versions by adding orange zest and rose jam, which tasted good as well.