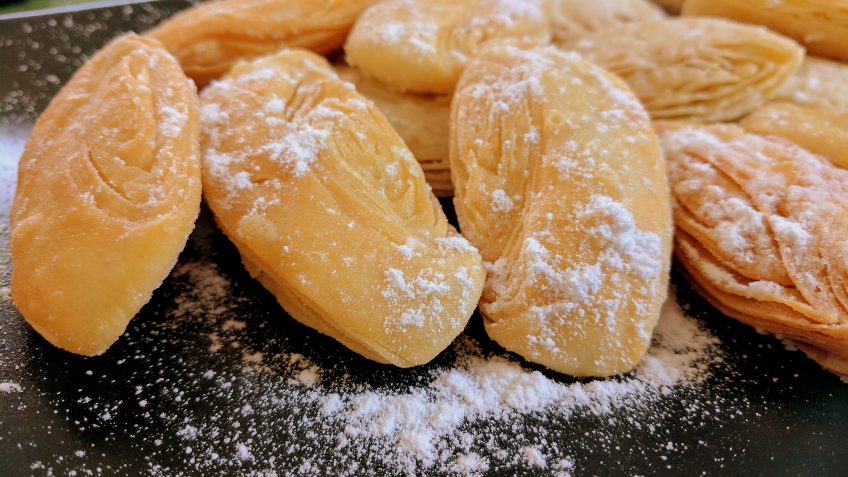 Chirote or Chiroti is a delicacy predominantly served in Karnataka and Maharashtra. It is served as a dessert on special occasions such as a festival or a wedding.It is usually made during Diwali.
It is a traditional fried flaky pastry which is then either dusted with white sugar or dipped in sugar syrup. I personally don’t like too sweet so I prefer the sugar dusted Chirote over the one dipped in sugar syrup as the sugar syrup one tend to be more sweet and sticky.
It can be described to be almost like a Beignet, but with a flaky pastry instead of dough.
I love chirote from Chitale bandhu in Pune and always wondered how they managed to get that light crispy texture. I tried this recipe and the chirote come out perfect. But if you don’t want to do all the hard work you can just take a short cut and fry up some store bought pastry sheet and sprinkle some white sugar over it.
I used ghee(clarified butter) for frying but you can use oil instead but the one with ghee tastes better.