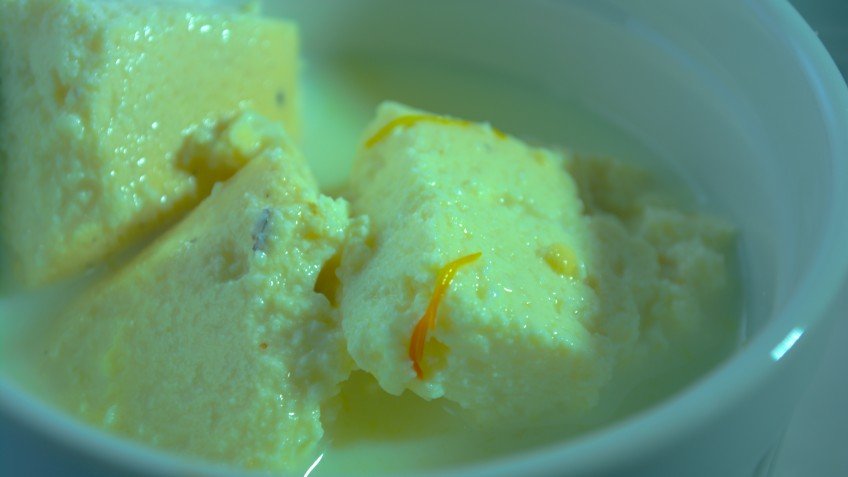 Ras malai or rossomalai is a sweetmeat consumed mainly in India, as well as in Pakistan and Bangladesh. The name ras malai comes from two words in Hindi: ras, meaning “juice”, and malai, meaning “cream”.
This recipe is a short cut for the traditional one.