Shakshouka or shakshuka is a dish of eggs poached in a sauce of tomatoes, chili peppers, and onions, often spiced with cumin. It is of Tunisian and Moroccan Jewish origin and is now popular among many ethnic groups of the Middle East and the Maghreb.
It makes a very good breakfast or brunch dish and is super easy to make.It’s served best with a slice or two of challah bread to soak up the juices. 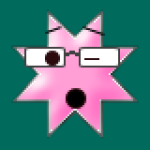 I made this recipe. It tastes great. Thanks for sharing.


Warning: Use of undefined constant php - assumed 'php' (this will throw an Error in a future version of PHP) in /home/foodies4/public_html/wp-content/plugins/arscode-social-slider/fblb_slider.php on line 47