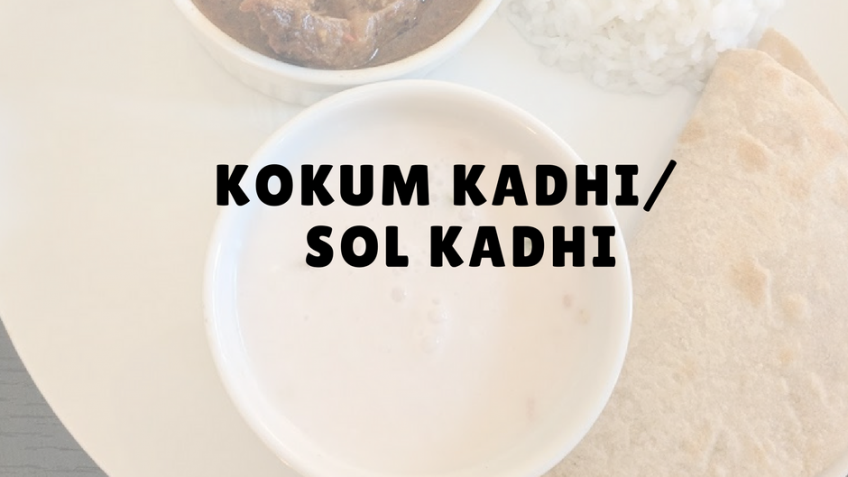 Solkadhi is usually eaten with rice or sometimes drunk after the meals. Like buttermilk it is usually served along side spicy food. Popular in Goa and the Konkan region of India, it is made from coconut milk and kokum. It is known for it digestive properties.
Kokum also known as Garcinia indica, a plant in the mangosteen family is a sour fruit which is known for it’s health benefits.The outer cover of fruit is dried in the sun to get aamsul or kokam. It is also known as bhirand in Konkani and punarpuli/muragalu in Kannada. It is used as a staple souring agent typically in Goan cuisine and some parts of Maharashtra and Karnataka. Kokum yields a peculiar flavor and blackish red color. As a souring agent, it is used as an alternative to tamarind in curries and other dishes from the Goa and Konkan region.
Depending on the time you let the Kokum soak in the coconut milk, it’ll get more strong in color and flavor.