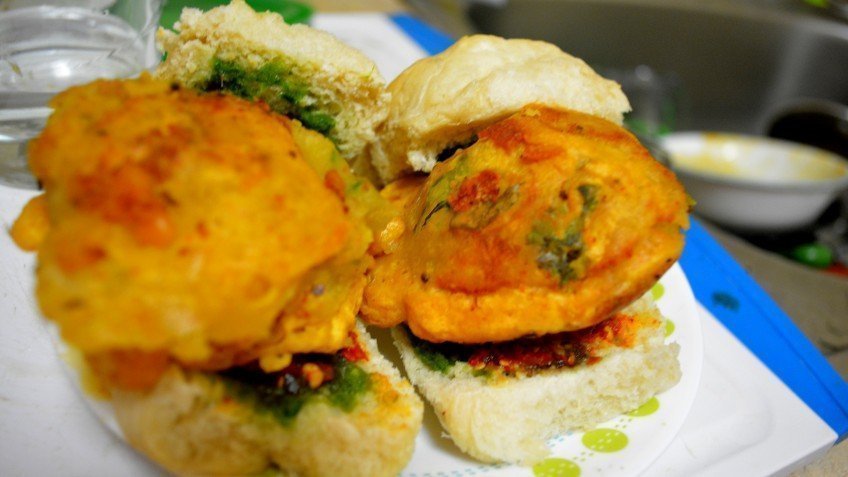 Vada pav, sometimes called as the bombay burger, is a vegetarian fast food dish native to the Indian state of Maharashtra. A simple creation involving a deep fried potato patty with some coriander and spices. Like all mumbaikers I love vada pav and like all mumbaikers I think that ashok vada pav near kirti college is the best vada pav. So I tried making similar vada pav by frying crispy batter crumbs from the left over batter and adding it to my vada pav and trust me it was as good as the original 🙂